Every Sunday, our sermons will be streamed at cerc.com.my/VirtualSundays at 10AM & 5PM. Stay tuned and you won't miss out! 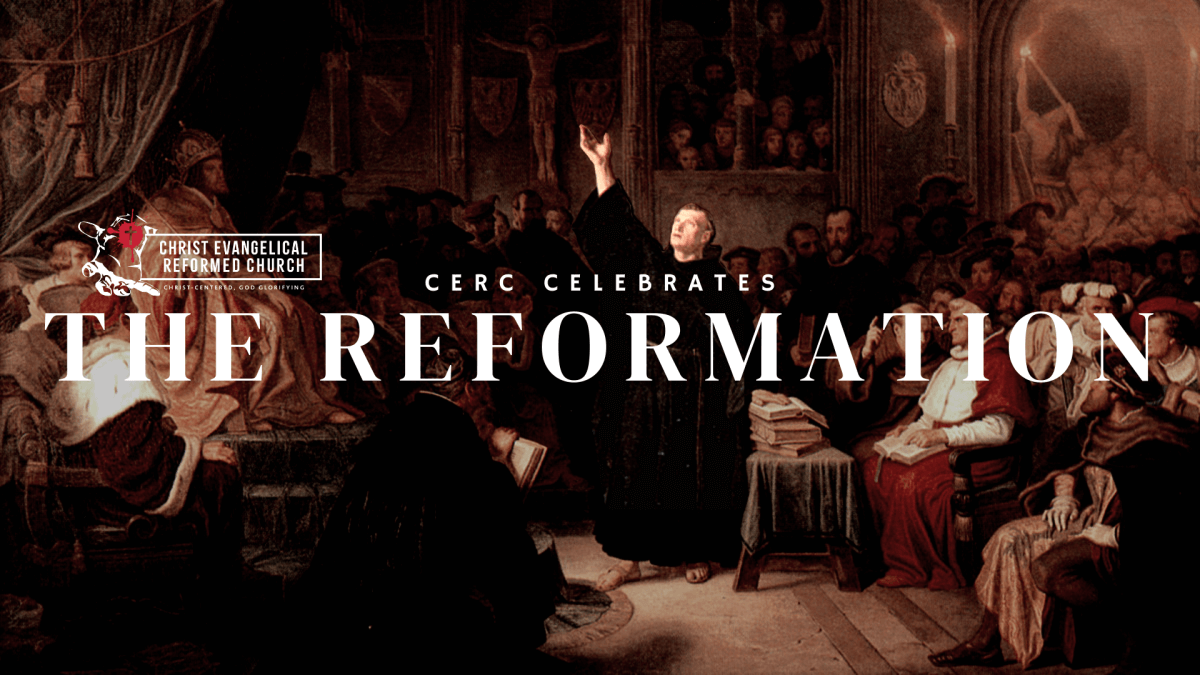 Reformed theology gets its name from the sixteenth century Protestant Reformation, with its distinct theological emphases, but it is theology solidly based on the Bible itself. Believers in the reformed tradition regard highly the specific contributions of such people as Martin Luther, John Knox, and particularly John Calvin, but they also find their strong distinctives in the giants of the faith before them, such as Anselm and Augustine, and ultimately in the letters of Paul and the teachings of Jesus Christ. Reformed Christians hold to the doctrines characteristic of all Christians, including the Trinity, the true deity and true humanity of Jesus Christ, the necessity of Jesus' atonement for sin, the church as a divinely ordained institution, the inspiration of the Bible, the requirement that Christians live moral lives, and the resurrection of the body. They hold other doctrines in common with evangelical Christians, such as justification by faith alone, the need for the new birth, the personal and visible return of Jesus Christ, and the Great Commission. What, then, is distinctive about reformed theology

1. The Doctrine of Scripture.

The reformed commitment to Scripture stresses the Bible's inspiration, authority, and sufficiency. Since the Bible is the Word of God and so has the authority of God Himself, reformed people affirm that this authority is superior to that of all governments and all church hierarchies. This conviction has given reformed believers the courage to stand against tyranny and has made reformed theology a revolutionary force in society. The sufficiency of Scripture means that it does not need to be supplemented by new or ongoing special revelation. The Bible is the entirely sufficient guide for what we are to believe and how we are to live as Christians.

The Reformers, and particularly John Calvin, stressed the way the objective, written Word and the inner, supernatural ministry of the Holy Spirit work together, the Holy Spirit illuminating the Word to God's people. The Word without the illumination of the Holy Spirit remains a closed book. The supposed leading of the Spirit without the Word leads to errors and excess. The Reformers also insisted upon the believers' right to study the Scripture for themselves. Though not denying the value of trained teachers, they understood that the clarity of Scripture on matters essential for salvation makes the Bible the property of every believer. With this right of access always comes the responsibility of careful and accurate interpretation

2. The Sovereignty of God.

For most reformed people the chief and most distinctive article of the creed is God's sovereignty. Sovereignty means rule, and the sovereignty of God means that God rules over His creation with absolute power and authority. He determines what is going to happen, and it does happen. God is not alarmed, frustrated, or defeated by circumstances, by sin, or by the rebellion of His creatures.

3. The Doctrines of Grace.

Reformed theology emphasizes the doctrines of grace, best known by the acronym TULIP, though this does not correspond to the best possible names for the five doctrines.

T stands for total depravity. This does not mean that all persons are as bad as they could possibly be. It means rather that all human beings are affected by sin in every area of thought and conduct so that nothing that comes out of anyone apart from the regenerating grace of God can please God. As far as our relationships to God are concerned, we are all so ruined by sin that no one can properly understand either God or God's ways. Nor do we seek God, unless He is first at work within us to lead us to do so

U stands for unconditional election. An emphasis on election bothers many people, but the problem they feel is not actually with election; it is with depravity. If sinners are as helpless in their depravity as the Bible says they are, unable to know and unwilling to seek God, then the only way they could possibly be saved is for God to take the initiative to change and save them. This is what election means. It is God choosing to save those who, apart from His sovereign choice and subsequent action, certainly would perish.

L stands for limited atonement The name is potentially misleading, for it seems to suggest that reformed people want somehow to restrict the value of Christ's death. This is not the case. The value of Jesus' death is infinite. The question rather is what is the purpose of Christ's death, and what He accomplished in it. Did Christ intend to make salvation no more than possible? Or did He actually save those for whom He died? Reformed theology stresses that Jesus actually atoned for the sins of those the Father had chosen. He actually propitiated the wrath of God toward His people by taking their judgment upon Himself, actually redeemed them, and actually reconciled those specific persons to God. A better name for "limited" atonement would be "particular" or "specific" redemption.

I stands for irresistible grace. Left to ourselves we resist the grace of God. But when God works in our hearts, regenerating us and creating a renewed will within, then what was undesirable before becomes highly desirable, and we run to Jesus just as previously we ran away from Him. Fallen sinners do resist God's grace, but His regenerating grace is effectual. It overcomes sin and accomplishes God's purpose.

Reformed theology also emphasizes the cultural mandate, or the obligation of Christians to live actively in society and work for the transformation of the world and its cultures. Reformed people have had various views in this area, depending on the extent to which they believe such a transformation possible. But on the whole they agree on two things. First we are called to be in the world and not to withdraw from it. This sets reformed believers apart from monasticism. Second, we are to feed the hungry, clothe the naked, and visit the prisoner. But the chief needs of people are still spiritual, and social work is no adequate substitute for evangelism. In fact, efforts to help people will only be truly effective as their hearts and minds are changed by the gospel. This sets reformed believers apart from, mere humanitarianism. It has been objected to reformed theology that t anyone who believes along reformed lines will lose all motivation for evangelism. "If God is going to do the work, why should I bother?" But it does not work that way. It is because God does the work that we can be bold to join Him in it, as He commands us to do. We do it joyfully, knowing that our efforts will never be in vain.