What Must Someone Believe in Order to Be Saved? | Christ Evangelical Reformed Church (CERC)

What Must Someone Believe in Order to Be Saved? by John Piper

What are the most basic things a person needs to believe in order to be saved?

So I take texts like that and begin at the core—the death of Jesus. He died for our sins, which means I must believe I am a sinner. A person that doesn't believe he is a sinner can't be saved. If there is nothing to forgive, Jesus didn't do anything for me. If he didn't do anything for me, I'm not believing him for salvation. If I'm not believing him for salvation, then I'm not saved. So you must believe you are a sinner.

You must believe that there is a God who has created the possibility for sin. That is, sin by definition is the falling short of the expectations of your Creator. So there has to be a Creator God out there who has expectations of humans. God expects humans to trust him, love him and live for him. And we fail.

Which leads us to the third thing we must believe. Because we fail to trust, love and live for God we are under his holy judgment—his wrath. You've got to believe that.

If you are a sinner and there is a holy God, and if you are defining sin as a falling short of that God, then in order to understand what he is doing to make things right you must understand that God is angry about sin. He is a good and just judge.

So, what has he done to solve the problem of our alienation from him? He has sent his Son into the world. You've got to believe in the deity of Jesus. Psalm 49 says that no man can pay a ransom for another man. A few verses later, in verse 15, it says God will pay the ransom.

He couldn't have used John, or Peter or Paul to die for us. He had to have the God-man die for us. So the deity of Jesus is essential.

You also must acknowledge what Jesus did. He lived the perfect life. I don't think you can believe that Jesus sinned and still be saved. Because then the sacrifice made for you was not what God required, and you aren't believing in what God did for you. So Jesus is the sinless Son of God and he gives himself up to die in my place.

This substitutionary dimension of the death of Christ for my sins is necessary. There are lots of ways the Bible talks about this and I think you can be very confused about some of them while still being saved. I don't want to start listing off all the ways the Bible talks about the atonement and how confused you can be about them while still being saved. Let's just say that what is required is the core of the gospel—that the remedy is that Jesus Christ, the Son of God, who never sinned got in my place and took the wrath of God for me. He died in my place.

If he had stayed dead, we would still be in our sins. So you must believe he rose from the dead. So now he has risen from the dead.

I am willing to stop there. This is the cluster of essentials for salvation. You might be able to bring to mind some things that are so theologically attached to this cluster that I would say, "OK that has to be included as well." But if someone asks, "What do I have to believe to be saved?" My answer is, you must believe this cluster of things about yourself, about God, and about the cross.

One more thing. I am assuming something because the question was, "What do I have to believe?" But I should make clear that you have to believe something about belief. Meaning, you must believe that belief is required. If you say, "I get all of what was said, but now I'm going to work so that God can make all of this count for me. I'm going to keep the law 85% so that all this redemptive work will count for me," then you've missed it. You're not saved.

For salvation you must believe that instead of working for this salvation, Jesus has already done what needs to be done. We receive it. "As many as received him, who believed in his name, he gave them the right to become the children of God." So I think sin, God, cross and faith. That is the summary, the core of truth surrounding those four things.

Would someone need to believe in the Trinity to be saved?

So a person may never hear of such a thing as a "trinity" and be saved. But if you asked them, "The Jesus you are believing in, is he divine or is he just a man?" If they said he is not divine, then I think that is a major problem.

I don't think a person has to even hear about the Holy Spirit to be saved. Is that radical? I don't think so.

Now, if you get taught about the Holy Spirit and what he has done for you and then you say, "I don't think it took the Holy Spirit to save me," well, then I'm going to question your salvation. But goodness! I just spent five minutes unpacking the gospel and didn't mention the Holy Spirit at all! And that isn't because he is not essential. We would never believe without him. But knowing the details about how God caused you to believe is not essential. Yet, denying it once it has been made known to you—that would undermine essential things. 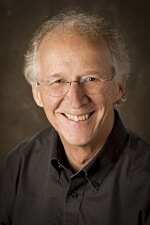 John Piper is founder and teacher of desiringGod.org and chancellor of Bethlehem College & Seminary. For 33 years, he served as pastor of Bethlehem Baptist Church, Minneapolis, Minnesota. He is author of more than 50 books, including Reading the Bible Supernaturally.