Churches are often distinguished from each other in terms of their theological position or worship tradition. A further, significant distinguishing characteristic of a church, however, is the nature of its leadership. At a surface level, we can readily describe this in terms of its governmental structures or its office titles, as these may be clearly defined and determined by long-standing constitution or tradition. In practice, however, it is in terms of styles of leadership that more fundamental differences exist. These differences may be more subtle, but more far-reaching, and will often vary between successive leaders or even within a leadership team. Whereas structures of government may be denominationally determined, styles of leadership, together with theological position and worship tradition are all categories that do not necessarily observe denominational boundaries. It is in regard to these categories that most problems and unrest occur within a church community. Significantly, however, it can be argued that the Bible has rather more to say about styles of leadership than it does about structures of leadership. Furthermore, it is this biblical message about style that is most readily transferable to the very different social and cultural contexts that exist today.

Scholarly and ecclesiastical debates have raged for centuries over what structures of church leadership are prescribed in the NT. Unsurprisingly, this has resulted in widely varying interpretations of the place and role of elders, deacons, and bishops/overseers, and, indeed, also the role of women in church government. The goal in such debates has often been to reconstruct from the NT a timeless model of church government that can be transposed to any other situation, regardless of cultural, social, or chronological context. Unfortunately, flawed presuppositions as to the nature of the NT data abound. Given the lack of a constitutional document from the NT period, the task has been to reconstruct such a blueprint, by piecing together the evidence available from the letters and Acts of the Apostles. The task of reconstruction, however, is made exceedingly complex by a large number of variables; and the nature and limitations of this data are not always appreciated.

The extent of our difficulty emerges when we note that, although we read in the NT of a number of official ecclesiastical titles (elder, deacon, bishop/overseer), at no point do we find a comprehensive description of local church government. Furthermore, neither can we determine a clearly consistent structural relationship between elders, deacons, and bishops/overseers across the letters and Acts of the Apostles. We never find all three titles mentioned alongside each other; either elders and deacons are mentioned together, or elders and bishops/overseers. Furthermore, in the majority of letters we do not find any of the titles mentioned at all. In the face of this difficulty, the initial task is normally regarded as one of gathering together all the disparate evidence that indirectly concerns church government, namely those instances where official titles are used, either in address or reference (e.g., Acts 6:2-4; 14:23; Phil 1:1; 1 Tim 3:1-13; etc.). From this raw material a composite picture is developed, and yet the hermeneutical problems with this approach are numerous.

What emerges is that the NT presupposes varying church contexts and structures that emerge differently over time and across cultures. What is more, it does not clearly privilege the situation in one context or resolution to one context above that in any another; indeed, leadership issues tend to be raised by Paul only when there is a problem. In other words, this is a situation which is not to be replicated. It would be a mistake, however, to draw the inference that, since the NT does not prescribe a constitution for church government, it is therefore unconcerned about matters of church leadership. On the contrary, it speaks very eloquently on the matter of styles of leadership; and it is these issues that can be transposed readily to our varying contexts today.

As we approach the NT data, one further hurdle to anticipate is our own predisposition to filter the evidence and privilege those elements of the broader picture that reinforce our own preferences. Here, for example, we could focus on Paul’s use of the body metaphor and “brother” language in order to privilege an egalitarian model of church government. This would be to neglect the evidence that speaks of paternal authority and submission to leaders, and it would be to ignore the uncompromising force with which Paul, for example, gave instruction to his correspondents.

Alternatively, we could focus on Paul’s drive to father communities after his own image, the uncompromising and non-negotiating stance that he adopts in regard to his readers, and his commitment to set himself up as a model for others to emulate. The resulting picture for many people is less than attractive, and has resulted in a widespread move to marginalize the apostle as one who is not an acceptable role model for Christian communities in today’s society. Such an apostle lacks the broadminded tolerance that characterizes our society today.

A similar temptation is to adopt the popular oxymoron “servant leadership” and apply it as a description of Jesus’ style of leadership. Many incidents and statements in the Gospel accounts powerfully depict the servant nature of Jesus’ life (for example, the statement in Mark 10:45 about the Son of Man coming, not to be served, but to serve, and Jesus’ washing of the disciples’ feet in John 13). And yet many of those incidents in which Jesus most powerfully demonstrated outstanding qualities of leadership are when he was outspoken and confrontational in a way barely in keeping with our normal perception of servanthood (for example, his ransacking of the temple in John 2:13-22, and his tirade against the religious leaders in Matthew 23).

What emerges from even this small spread of evidence is that a good leader’s style is not necessarily monochrome, but will react differently in the light of different situations. Accordingly, a comprehensive NT theology of church leadership is likely to reflect a tension between hierarchy and egalitarianism—that is, a tension that does not amount to a compromise, or middle-way.

Our task is thus to identify material in the NT that highlights dynamics of church leadership rather than structures. This will include instructions, reproof, positive examples, and negative examples. Once we have identified this material, our final hurdle is to learn to read that evidence against its first-century backdrop.

There are powerful pressures to adopt in today’s church dynamics of leadership that are commonly recognized in society, commerce, or industry at large. This was no less the case also among the Pauline churches (our largest source of information regarding first-century church leadership). As individuals were converted in their Jewish, Roman, or Greek contexts, there was a temptation to import elements of those leadership styles that were part and parcel of their wider culture and context. Paul’s responses often assume rather than spell out such a varied backdrop, and our reading of the text should consequently seek to presuppose such a relevant backdrop. Accordingly, we find among the Christians in Corinth individuals who were placing key Christian figures on a pedestal and offering the kind of allegiance to them that would normally be reserved for one’s patron (1 Cor 1:10-16). We find both an admiration of a flowery style of oratory or rhetoric (1 Cor 1:18-2:16), and a simultaneous disregard for the poor, uneducated, or unskilled (1 Cor 1:26; 3:5-15; 4:8-13; 11:17-22). There is also evidence of wealthy, leading figures taking fellow-Christians to secular law courts (1 Cor 6:1-11), and having their own sexual misdemeanors ignored within the church (1 Cor 5:1-5).

Paul’s teaching about church leadership is predominantly found in response to specific situations such as these, rather than in abstract or theoretical constructs. His responses take several different forms. On occasion he highlights bad actions and points out their fundamental error, as, for example when the wealthier members of the Corinthian Christian community were disregarding their poorer fellow believers at the Lord’s Table (1 Cor 11:17-34). On other occasions he draws attention to better examples of individuals who are more appropriately demonstrating godly behavior (e.g., Timothy in 1 Cor 4:17; 16:10; Stephanas in 1 Cor 16:15-17). Finally, he refers to his own example or actions, and sometimes presents himself as an explicit model for emulation (1 Cor 4:16; 11:1; Phil 3:17; 4:9; 1 Thess 1:5; 2:5-12). Each of these responses is a potential source for determining appropriate styles of leadership. An accurate transposition to today’s context is more likely to be achieved if both the first-century general context is recognized and the specific presenting problems of the original church community are appreciated.

We have noted that leadership style can be an often overlooked, and yet defining, characteristic of each of our churches. The task of determining a biblical theology of church leadership practice is one which is fraught with potential hermeneutical pitfalls, but with careful consideration these can be overcome. The pool of evidence for first-century church leadership is wider than initially anticipated, and just as structures of church leadership appear to have varied across the NT period, so also there is evidence for a range of styles of leadership, even within a single individual, that were tempered in order to respond to the different circumstances faced. Godly church leadership is not, it would appear, monochrome, but is variously gentle and forceful (1 Cor 4:21) as required. A combination of assertive authority and forgiving love, rather than a compromise between hierarchy and egalitarianism, is sought. 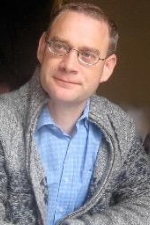 This essay first appeared on the Catalyst website, linked here.

Andrew D. Clarke is senior lecturer in the Department of Divinity and Religious Studies, King's College, University of Aberdeen. His publications include A Pauline Theology of Church Leadership (LNTS; T. & T. Clark, 2008).