The Gospel is Insufficient by Dr. Carl Trueman

At a seminar I gave last week, I used the tried and true method when facing a crowd outside of my usual comfort zone. Three points nobody could disagree with, a fourth point that might have raised some eyebrows and a fifth that sounded downright heretical. Always good for waking up the back row at the end of a long lecture. The fifth was simply this: the gospel is not sufficient to ensure the continuation of the gospel.

The point is one which emerges clearly from the life and thought of Martin Luther. Luther is interesting for a whole number of reasons but one of the most important is for his understanding of the times in which he lived. That is key to seeing why he is different at numerous points from other reformers.

Luther was heir to the acute sense of end-time expectation that one finds in the late medieval church. For him, the Reformation was the recovery of the gospel at the end of time and he clearly expected it to carry all before it. Thus, in 1520 (perhaps the year in which he seems to have had greatest confidence in public in his message) his language brims with confidence. The Babylonian captivity of the church can be ended, the shackles by which the papacy has bound the Empire can be shattered and Christians can be truly free. Just let the Word loose and all will be well.

By 1525, of course, the picture starts to look bleaker: Protestantism is beginning to fracture; the protagonists in the Peasants' War appropriate the democratizing language of Luther's theological revolution and turn it into the battle cry of violent social upheaval; and the simple declaration of the gospel is becoming mired in the quicksands of human affairs. From 1525 onwards, one must search hard for the language of universal priesthood in the writings of Luther (or many other reformers for that matter). The gospel on its own without careful attention to the kind of structural context advocated by Paul, could quickly be appropriated by the chaotic and sinful ambitions of fallen human beings. Thus, from 1525 onwards, Luther drops the ambiguously democratic rhetoric and start to talk more of church order and offices.

This insufficiency of the gospel is surely why Paul, when writing to Timothy, does not simply tell him to preach the gospel. Yes, he certainly does tell him that; but as the aging apostle looks at the world around him and wonders how the gospel is to be preserved after the first generation of leaders directly commissioned by Christ dies out, he also tells Timothy to find ordinary men to appoint as elders. In other words, Paul sees that a church structure, as well as a church message, is vital to the safeguarding and propagation of the gospel.

For Paul, the gospel is not in itself sufficient to ensure the continuation of the gospel. It needs men to preach it; it needs men, women and children to tell it to their friends. And because all of these agents are fallen, it needs a church structure to help to safeguard its content.

This is not to say that preaching the gospel is rocket science. One error we can make is to assume that only a few, highly skilled individuals can preach the gospel. The world is full of very good gospel preachers who, for one reason or another, nobody has ever heard of beyond their local congregations. I enjoyed T4G last week but (without any disrespect to the men who spoke at the plenaries) I can name a dozen men who are just as fine at gospel exposition but who will never be on a giant stage or preach to more than a maximum of a few hundred people -- often much fewer -- on a Sunday . Preaching is not an arcane skill given only to a score or men worldwide. If it were, Paul would have told us. In fact, he does not say to Timothy, 'Find a few highly skilled men with media clout and hand the matter over to them.' Not at all. What he essentially says is 'Find men in your congregation who are trustworthy and true who, if they have families, have run their households well, who have a good track record within the church, who are respected by outsiders and who are competent to teach - and trust them with the gospel.' 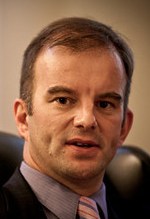 This essay first appeared in on the Reformation 21 blog, linked here.