Confessions of a Bog-Standard Evangelical 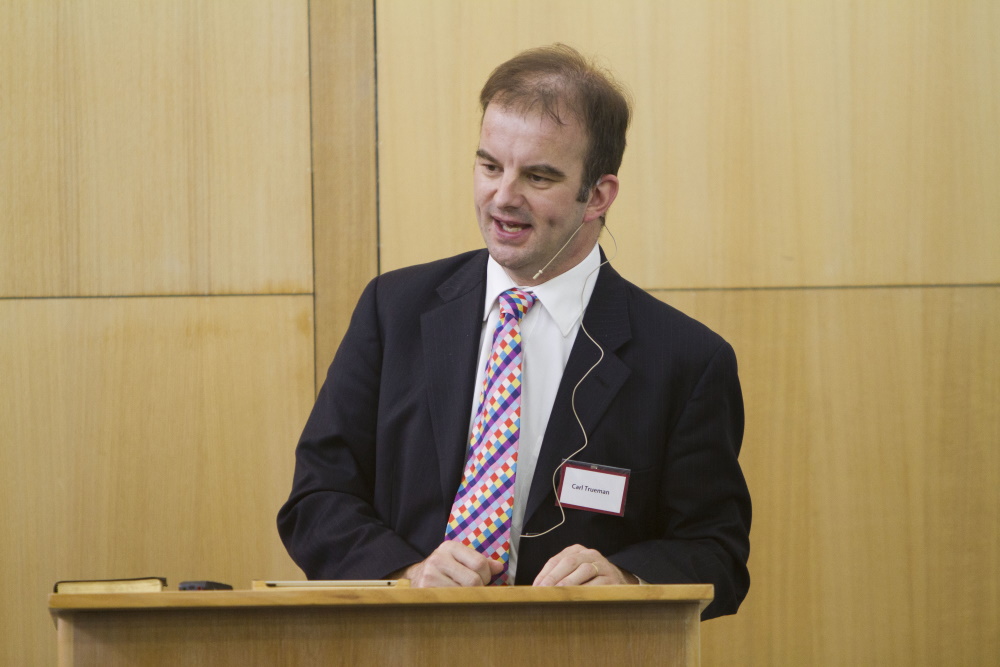 Recently, a fellow historian at another Christian institution commented to me about the growing number of Presbyterian prophets who make their reputations on the back of bashing evangelicalism, while at the same time being dependent upon the publishing houses and market of evangelicalism to sell their wares. A bit like those suburban bourgeois types who extol the virtues of the pre-industrial world in books typed on PCs while sipping a glass of imported wine. I suspected that he was ever so gently implying that I too might fall into this category on occasion. What? Is Trueman too among the prophets? As to nostalgia about feudalism, forget it: Marx was right. Capitalism and industrialism are definite improvements on what went before (and I dare anyone who uses a flush toilet to contradict me). And as to bashing of evangelicalism - well, let me offer evidence in my defence.

I could adopt a kind of Pauline boast to prove my innocence at this point. Brought to faith through a Billy Graham crusade, nurtured in the arms of the Universities and Colleges Christian Fellowship in the UK, a writer published by, among others, IVP, Baker, Evangelical Press and Paternoster, a contributor to Evangelicals Now and the longest serving editor of the evangelical journal Themelios. Has any one of you cause to boast in his evangelicalism? Well, I have more.

Yet I confess I have taken some shots at 'evangelicalism' over the years. So what is the problem? What is it that I do not like about this term or this movement. Put in a nutshell it is this: I do not like the way in which the term has been reified in a manner which has the effect of distancing me from some people with whom I have much in common whilst simultaneously bringing me into apparent proximity to those with whom I share little or nothing. The term has taken on a life of its own, independent of content, which has wreaked much mischief in the Christian world.

This became clear to me a few years ago at a meeting of the Association of Theological Schools which I attended as a representative of Westminster. ATS is one of the accrediting agencies and its membership consists of schools drawn from the whole spectrum of theological education. This was exemplified by the worship service on the Sunday. The second scripture reading was a poem written by an African slave; the time of prayer involved listening to a CD of waves crashing on a beach; and the service ended, not with a benediction, but with a recording of Kenny G playing 'Amazing Grace' - the single best argument for unaccompanied psalmody I have ever come across. So, even the most charitable commentator would have described us as a mixed bag.

On the first day of said conference, however, we were divided up into confessional groupings, and I found myself with the other evangelicals. Now, I am a confessional Presbyterian, but at my core I am what, to use British idiom, we would call a bog-standard evangelical, nothing fancy, someone with a central commitment to what the seventeenth century divines would have called 'fundamental articles:' prosaic, simple stuff like the Trinity, the Chalcedonian definition, justification by faith, penal substitution, bodily resurrection, final judgement etc. Just your standard theological meat and potatoes - no doctrinal equivalents of your poncey ciabattas or effeminate moccacino espressos. What amazed me at the ATS conference, however, was that every single one of these doctrines was essentially denied by some other member of this evangelical group; and within a short period of time I found myself gazing longingly across at the Roman Catholic circle and that of the Eastern Orthodox; at least there, I thought, I would find that I had two or three basic doctrinal points in common with every member. Only among the old style liberals, I suspected, would I feel more disenfranchised than I did - and at least liberals have a basic integrity: you get what you pay for, so to speak. At one point, somebody asked the question: what is it that binds this evangelical group together? The response from a famous evangelical theologian who was present was 'We all love Jesus, don't we?' Several impertinent responses came into my head, from 'We do, it's just a pity we can't agree on who he was or what he did.' to 'But surely the Catholics, the Eastern Orthodox, and even the Unitarians do that, don't they?' But I kept a wise silence. A fool, after all, is known by his much speaking - which biblical proverb was being proved in spades by said leading evangelical theologian.

And this symbolizes the problem. I am not in the game of bashing evangelicals and evangelicalism - humanly speaking, I owe everything, almost all my theology, and much of my Christian nurture to such people. It wasn't the confessional Presbyterians who told me the gospel; it wasn't the confessional Lutherans who took the time to teach me the basics of the faith; it was the evangelicals. They cared enough to reach out to me and engage me. Yet evangelicalism at an institutional level seems to have been hijacked, not by the kind of decent, orthodox people who taught me the faith, but by a group of people who are happy to use the institutions and the market of evangelicalism to give themselves a power base, but who seem to despise precisely the kind of basic evangelicalism which I have loved and to which I owe so much.

Now, if I did not have serious criticisms of the Roman church, guess what? I'd be a Roman Catholic. But it infuriates me that the label 'evangelical' can be used to associate the kind of theology for which I stand with that of, say, the open theists while simultaneously distancing me from others who, like me, repudiate this stuff as blasphemous nonsense. Do I have more in common with them than I do with, say, Professor Francis Beckwith? The self-righteous indignation of numerous evangelical leaders towards Professor B's conversion was nothing if not ironic in light of the lack of any doctrinal consensus among those same critics. Don't blame a man for having the integrity to be honest about his own position and to abandon a movement whose very vacuousness is demonstrated by so many of the subsequent criticisms of his move. 'Evangelical' has long since ceased to function as a doctrinal term and now has more institutional/cultural connotations, a bit like 'theology' itself. Some years ago, in the UK context, I argued in print that 'theology' as a discipline no longer exists: its is rather a collection of disciplines held together not by any internal principle but by institutional-pedagogical history. 'Evangelical' is the same: no longer are evangelicals united by basic Christian doctrine; we are united by our institutional histories. Evangelical graduate from certain seminaries, attend certain conference, watch certain TV ministries, vote for certain political parties. What we do not do is agree on whether the Nicene Creed is a faithful expression of biblical teaching, whether Christ really suffered God's wrath in a penal substitutionary way on the cross, whether justification is by grace through faith. Sometimes we try to pretend to agreement by pointing, for example, to a common Pauline vocabulary but let's not forget that both Pelagius and Augustine believed in salvation by grace. The common vocabulary was the initial problem, the very heart of the Pelagian crisis, not its resolution.

The second problem with the way evangelicalism now functions is that it has weakened the church. Because it requires the marginalizing of ecclesiastical distinctives such as views on baptism and church government, evangelicalism and its institutions cannot, in theory, replace the church. Furthermore, the whole problem of accountability is a hardy perennial for parachurch organizations, from seminaries to academic fellowships like the Evangelical Theological Society. The problem is that, in practice, evangelical institutions come to supplant the church, even though they are not designed to fulfill that role. For some they become the key theatres of action, the forums in which little fish can be big shots, and the deviant and heretical can flourish without proper accountability. For others they become the primary centres of Christian identity, the reason why they become evangelicals first, and Presbyterian or Baptist or Pentecostal only second. This, I suspect, is the reason why bog-standard evangelicals such as myself get labeled as anti-evangelical and, ironically, as sectarian when we put our denominational, church affiliation in front - not because we are anti-church but precisely because we are pro-church and will not allow our bog-standard evangelicalism to supplant that. I am an evangelical precisely because I am first of all a Presbyterian, and the beliefs of bog standard evangelicalism are a subset of the beliefs of Presbyterianism. Ironically, I suspect in some quarters I am now a sectarian not simply because I put Presbyterianism first but because I also put doctrinal commitment ahead of a nebulous bumper-sticker commitment to 'just love Jesus.'

So I hope this clarifies my position on evangelicalism. I refuse the binary opposition which makes me either an evangelical first, last and only; or a denominationalist who sits in his study taking supercilious potshots at those who do their best to share the gospel with those who need to hear it. Bog standard evangelicalism: I love it; I owe almost everything to it; and I am saddened at the way it has slowly but surely been evacuated of all of its basic and beautiful theology by those who are interested in drawing pay checks and power from its institutions, and performing on its stages, while at the same time dripping spittle on its theological heritage, from the doctrine of the Trinity to justification by grace through faith as understood by the Protestant confessional consensus to basic biblical teaching on homosexuality. And, of course, the problem with these charlatans is not simply a lack of theology; it is a lack of integrity.